Share a memory
Obituary & Services
Tribute Wall
Read more about the life story of Darlene and share your memory.

Darlene Wedeking, age 90 of Lakefield, Minnesota passed away peacefully, on Tuesday, November 1, 2022, at the Sunset Hospice Cottage in Worthington, Minnesota. Visitation will be held from 4-6 p.m. on Sunday, November 6, 2022, at Immanuel Lutheran Church in Lakefield, and also one hour prior to the service on Monday.  Funeral service will take place at 11:00 a.m. on Monday, November 7, 2022, at Immanuel Lutheran Church, with Pastor Phil Beukema officiating. Burial will immediately follow service at Lakefield City Cemetery.

In lieu of flowers, memorials to Sunset Hospice Cottage in Worthington are preferred.

Darlene Ellen Wedeking, daughter of Allan Hans and Lydia Mattilda Antonia (Gentz) Hamann, was born on Thursday, August 4, 1932, in Rost Township, Jackson County, Minnesota. She grew up in Rost Township, until the family moved to Lakefield.  Darlene was baptized into the Lutheran Faith at St. Peter Lutheran Church in Delafield Township on September 11, 1932 and was confirmed at Immanuel Lutheran Church in Lakefield on May 30, 1948. Darlene attended and graduated from Lakefield High School in 1951. Darlene was united in marriage to Roger Wedeking on November 20, 1953, at Immanuel Lutheran Church in Lakefield. Darlene and Roger made their home on the farm, east of Lakefield, where they raised their six children. She worked at the Lakefield Hospital for 3 years, and 25 years at Colonial Manor Nursing Home in Lakefield as a nurse’s aide.  Darlene remained living on the farm after Roger’s passing in 2015, until her health began to recently decline, and she moved to the Sunset Hospice Cottage in Worthington, where she passed away peacefully on Tuesday, November 1, 2022, at the age of 90 years, 2 months, and 27 days.

Darlene was a member of Immanuel Lutheran Church in Lakefield. She was a devoted mother and wife. Darlene enjoyed cooking and baking, always having treats ready when the children got home from school, and a good hot meal ready for Roger when he came in from farming. She spent many hours tending to her garden and canning her harvest in the fall. Darlene enjoyed visiting with others and playing cards.   Darlene loved spending time with her family, cherishing each and every moment she spent with them.

Blessed be the memory of Darlene Ellen Wedeking.

To send flowers to the family or plant a tree in memory of Darlene Wedeking, please visit our floral store. 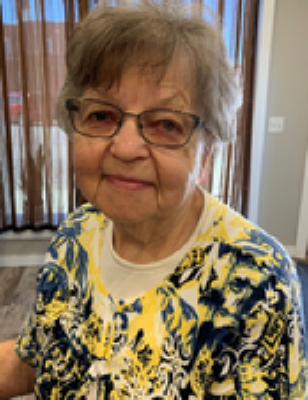