Share a memory
Obituary & Services
Tribute Wall
Read more about the life story of Janet and share your memory.

Janet Edwards, age 90, of Lakefield, Minnesota, passed away, with her daughter by her side, on Wednesday, November 9, 2022.

Visitation will be held at 1:00 p.m. on Wednesday, November 16, 2022, at the Osterberg Funeral Home in Lakefield. A Celebration of Life service will begin at 2:00 p.m. with Pastor Russ Steele officiating. Burial will be held at a later date at Bird Island City Cemetery.

Janet Frances Edwards, daughter of the late Charles and Lenna (Rice) Spencer, was born on Sunday, January 10, 1932, in Thomson, Illinois. She attended Thomson grade school through the 8th grade. Janet lived in Thomson much of her life. She had 5 children Mark, Charles, James, Debra, and David. Janet met John Edwards in Argofaye, Illinois. They were married on May 31, 1968, in Morrison, Illinois. She gained 5 stepchildren Gaye, Lonnie, Cathy, Teresa, and Lisa.  Janet and John moved to Morrison, Illinois for 2 years, and moved into their forever home in Lakefield in 1979.  Janet remained in the home after John’s passing in October 2022. On Wednesday, November 9, 2022, Janet passed away peacefully, with her daughter by her side at the age of 90 years, 9 months, and 29 days.

Janet was a beautiful lady inside and out. She had a heart of gold, and a great sense of humor. Janet was a music enthusiast. She loved to play guitar and sing. Janet also played the ukulele. She sang a song on the radio in Iowa. Janet loved spending time with her family. She cherished each and every moment she was with them.

Janet is preceded in death by her husband John, son Mark, her parents Charles and Lenna, sisters Sandy and Betty,  brother Charles, and a  step-daughter Gaye Edwards.

Blessed be the memory of Janet Frances Edwards.

To send flowers to the family or plant a tree in memory of Janet Edwards, please visit our floral store. 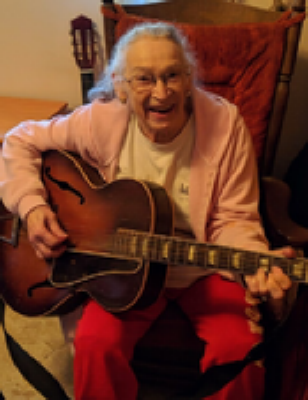