Share a memory
Obituary & Services
Tribute Wall
Read more about the life story of Kevin and share your memory.

Kevin Anderson, age 59, of Alpha, formerly of Lakefield, Minnesota, passed away peacefully, with family by his side, on Sunday, November 6, 2022, in Alpha.

A Celebration of Life Gathering will be held in December 10, 2022, beginning at 1:00 p.m. at Patrick and Jessica Anderson's home in rural Alpha.

Kevin Ray Anderson (Pa), 59, of Alpha, MN passed away peacefully on Sunday November 6 th , 2022, in his home surrounded by his family. Kevin was born on August 28th, 1963, in Worthington, MN to Carl and Georgia Anderson (Smith). Growing up in Jackson, MN with his parents and three sisters. Kevin attended Jackson High School. After high school Kevin joined the National Guard and served for 6 years. In April of 1984 Kevin married Linda Anderson (Greiner) of Lakefield MN and moved to Oden. In 1985 they moved to Randell, MN. They had two boys together, Ryan Ray Anderson (Lakefield) and Patrick Alan Anderson (Alpha). In 1995 they moved the family back to Lakefield, MN. After 30 years of marriage Kevin and Linda divorced and parted ways. Kevin worked for the elevator in Lakefield, MN and later got his CDL to drive over the road. He hauled many things over the years but hauled Hogs for the last 9 years. For the last 5 years Kevin hauled hogs for Woodford Ag.

Kevin enjoyed Fishing, Hunting, camping, snowmobiling, playing darts and beer pong. He loved being with his family and friends and playing with his grandchildren. Kevin had may talents including mechanical and electrical skills, very knowledgeable of raising cattle and farm life in general. He like watching football and old western movies. Pa was known as a 2nd father figure to many and in some cases as the only father figure some had. Kevin was a very happy, caring, and patient man who loved his family and friends dearly.

To send flowers to the family or plant a tree in memory of Kevin Anderson, please visit our floral store. 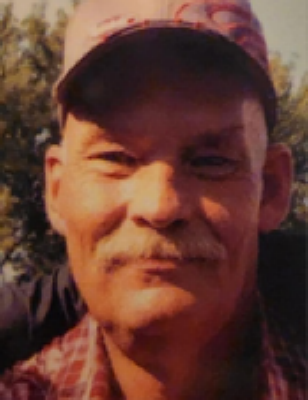 You can still show your support by sending flowers directly to the family, or by planting a memorial tree in the memory of Kevin Anderson
SHARE OBITUARY
© 2022 Osterberg Funeral Home. All Rights Reserved. Funeral Home website by CFS & TA | Terms of Use | Privacy Policy | Accessibility